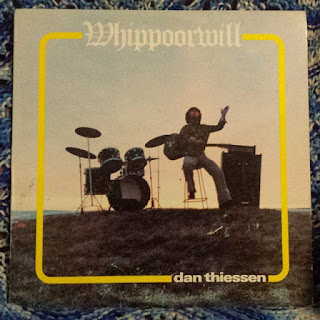 In an effort to stay relevant, and since there's a ton of Saskatchewan records in my collection that I haven't listened to (let alone written about), Records From SK can now be found on Instagram: https://instagram.com/prairietopine/. 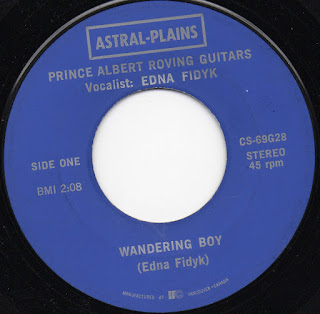 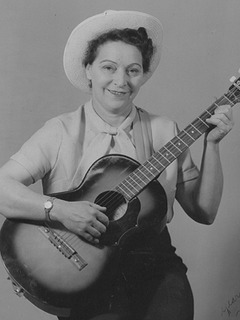 Here's yet another mix I put together for Aquarium Drunkard. More mostly-unknown stuff from Saskatchewan, but this time it's all cover songs. Stream/download here: http://www.aquariumdrunkard.com/2015/09/01/its-that-beat-a-vintage-saskatchewan-mixtape-covers-edition/.
Posted by K Evans at 3:59 PM 1 comment: 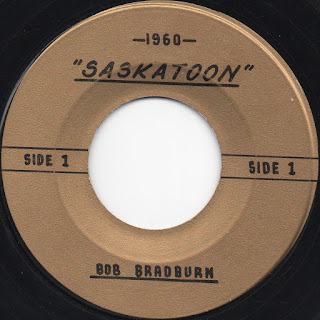 Here’s what I think is the earliest record in my Saskatchewan collection. Two short civic pride anthems recorded by a pair of CFQC radio announcers.

Bob Bradburn’s “Saskatoon” is little more than a chorus (with requisite Bessborough and “City of Bridges” mentions), all swelling organ anchored by his stately voice.

Side 2 is a brighter affair, pitting 2nd Avenue and CFQC against the world, set against barroom piano and with a guitar way down in the mix. I prefer Frank Callaghan’s “Saskatoon” for his voice and turn of phrase, but the songs work well together: A two-sided 1960 Saskatoon coin. 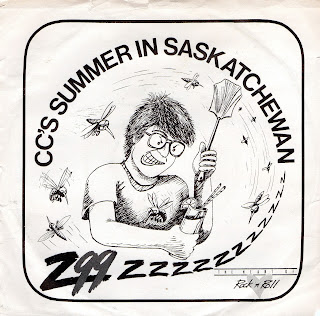 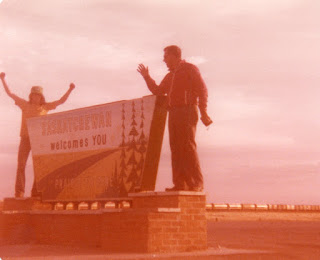 I haven't been posting as much as I'd like because I've been working on another mix for Aquarium Drunkard. More mostly-unknown Saskatchewan stuff now streaming and available to download here: http://www.aquariumdrunkard.com/2015/06/12/prairie-to-pine-a-vintage-saskatchewan-mixtape/.
Posted by K Evans at 12:38 PM No comments: 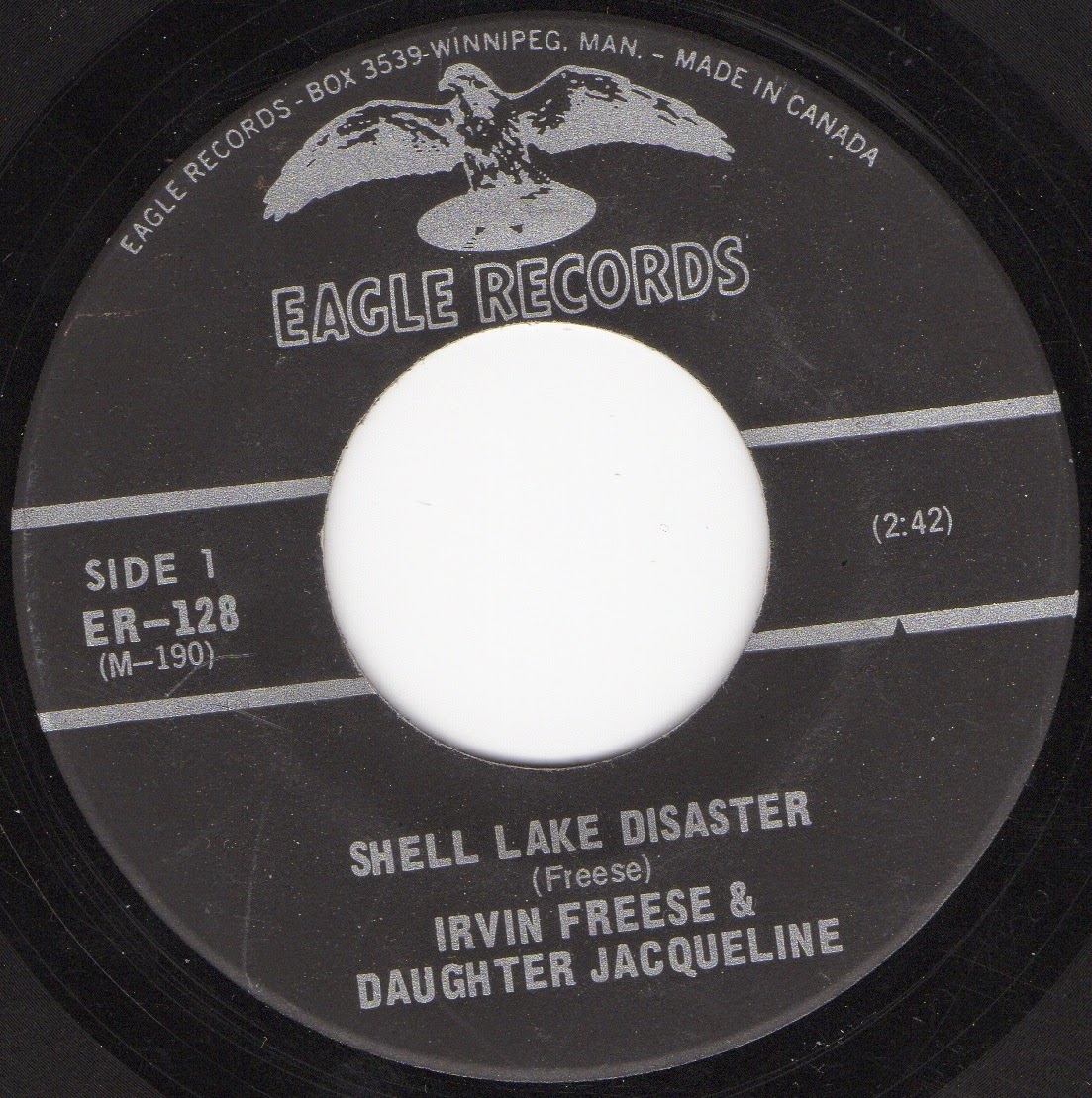 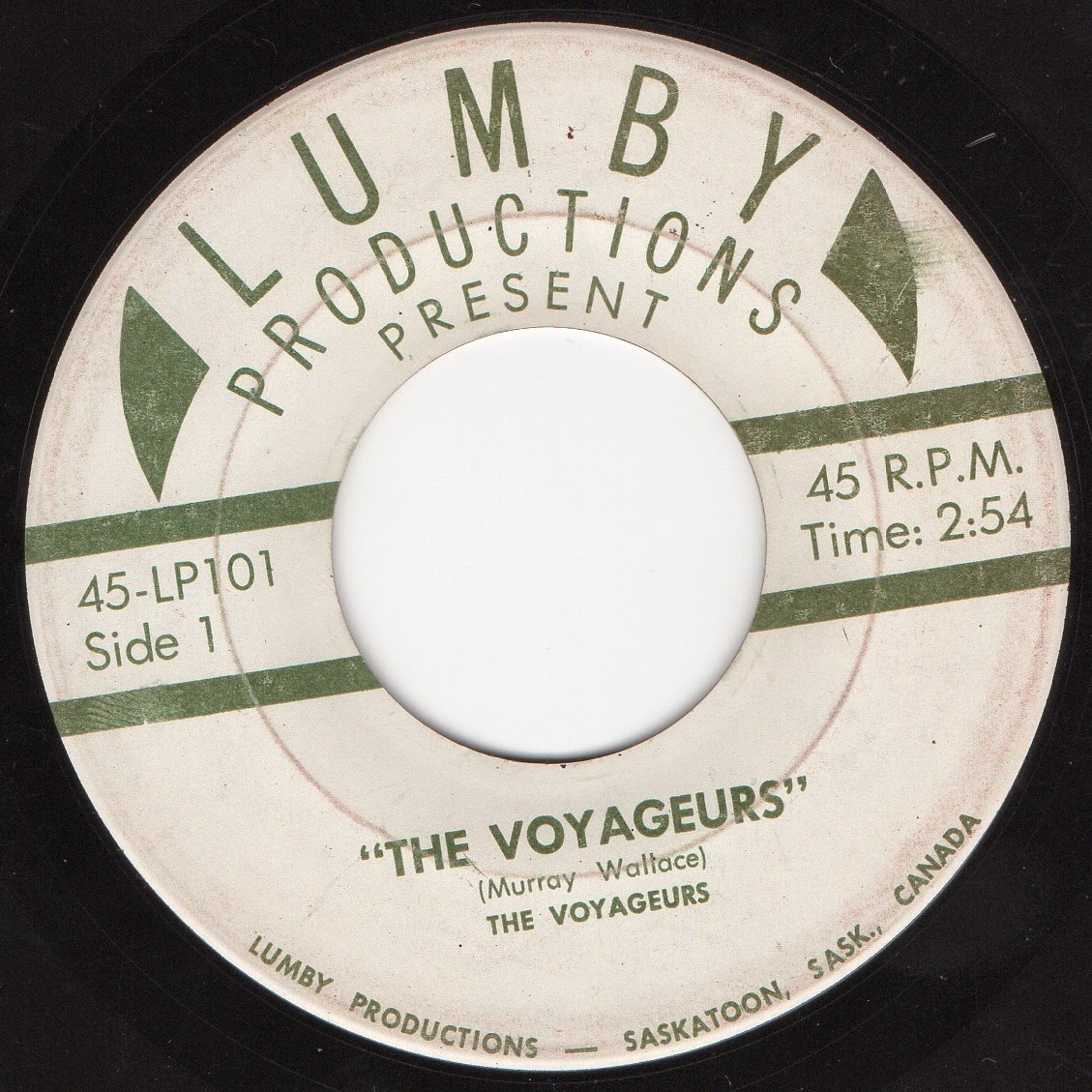 I'm thinking this single is from the late 1960s, but I have no information beside what's on the label. Regardless, it's a total two-sider.

A band naming one of its songs after itself (or vice-versa) is one of my many soft spots and "The Voyageurs" delivers in a big way. The song's lyrical content is historical and expansive, and I can't get enough of the hypnotic banjo throughout. The drums picking up at the very end make me wish it was at least thirty seconds longer. The flip side is fuelled by spite and almost as good, narrowing the scope to a failed relationship.

The Rising Sons - One For The Road 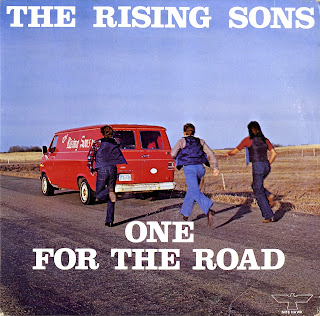 I’m not sure where they were from (I’m speculating Melville), but The Rising Sons were a trio from 1973-1986. They also released a double live album, which I’ll write about at a later point. Member Len Gadica has been performing as a “1 Man Band” since 1987 and is still going strong.

I’m going to come clean immediately and confess my relative ignorance with regards to polkas/waltzes/etc., though I’m working on changing that with this site. Side A of One For The Road features a handful of such songs and the prospect of coming across ones similar to “Gajdzica’s Kielbasa” has me looking forward to wading through my backlog of SK records. Call me crazy here, but the (mostly) restrained drumming is pure motorik and wouldn’t sound out of place on a Neu! record. The song gets unexpectedly heavy in its short running time and I’ve found myself revisiting it way more often than I could have imagined. The accordion-led version of “Tumbling Tumbleweeds” features vocal harmonies throughout and nice guitar playing, while their take on Frankie Yankovic’s “Hu-La-La-La” hints at raucous nights spent in bars and nightclubs.

“Old Man’s Song” is the only Len Gadica original on the album to feature vocals and lyrically it’s in the same vein as Harry Chapin’s “Cats in the Cradle,” as covered on Side B. Whereas I’m yet to hear a version of the latter I enjoy, “Old Man’s Song” is understated and gorgeous, propelled by light accordion, soft drumming, and tasteful guitar. Wordless background vocals weave in and out and there are harmonies on the chorus, but the real highlight here for me is the harpsichord-sounding keyboard. Three other instrumentals make up the rest of Side A. 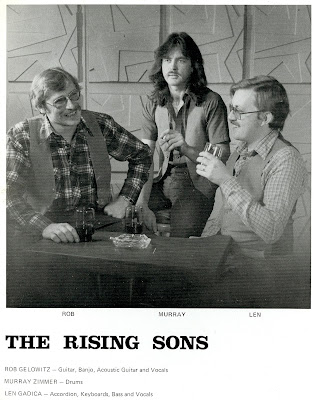 Side AA is the rock and roll side of One For The Road, with a playful version “Drivin My Life Away” starting things off. Murray Zimmer’s drumming is again on display, paired here with fantastic lead vocals and another appearance from the harpsichord sound-alike. “Rockin Pneumonia” continues the fun and brings the guitar to the forefront for the first time. The aforementioned "Cats in the Cradle" proves the album's only misstep to my ears.

Penned by non-member Lonnie Piller,“Storms Of Life” is Side AA’s only original, and my favourite song on the record, but I’ll allow it to speak for itself below. A requisite cover of “Hang On Sloopy” and the nightcap “Goodnight Sweetheart” round out the album.

Saskatchewan Wheat Pool . . . Is "On Record" 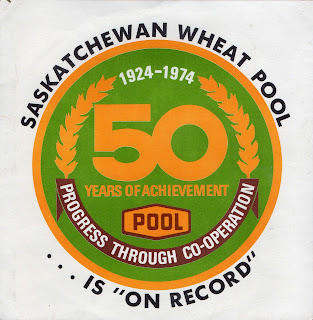 
Here's a single commemorating the fiftieth anniversary of the Saskatchewan Wheat Pool's founding.

Side 1 features Jim Roberts putting his civic pride songwriting chops (see: "Saskatchewan" from the first RFS mix) to work for the wheat pool, with a shifting narrative condensing fifty years of history into less than two minutes. There's a lot to love here, though I'm especially fond of the backing vocals and the strings.

Side 2 is an a cappella number by Mel Friesen & The Mel-O-Tones covering much of the same ground, albeit with a look to the future. Unfortunately, my copy is slightly warped and will not play through.

Packaged in a gorgeous (and functional) one-sided picture sleeve with pasted on centre labels. 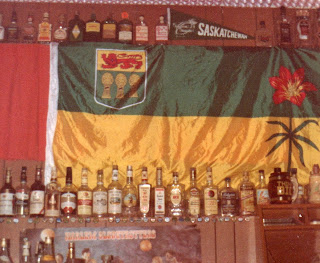 Welcome. A few times a month I'll be bringing you a brief write-up and a song or two from one of the hundreds of (vinyl) records made in Saskatchewan in the 20th century.

To kick things off, here’s a mix my favourite website was kind enough to premiere: http://www.aquariumdrunkard.com/2015/01/21/multis-e-gentibus-vires-a-vintage-saskatchewan-mixtape/

Thanks for reading/listening and please get in touch, especially if you have a connection to a SK record.

- Kaley Joshua
Records from SK
Posted by K Evans at 1:01 PM No comments: