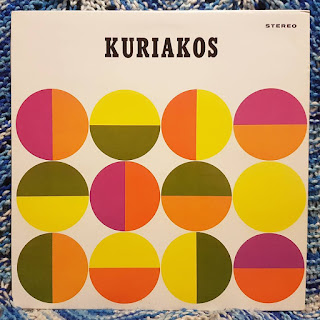 Lately, I'm rather taken by this homespun George Harrison cover, as found on the lone album from Kuriakos (Belonging to the Lord).

Twelve young people, "belonging to the Lord", is what KURIAKOS is all about. Selected by auditions from across Canada, they came together in the spring of 1971 to prepare for an intense summer of singing and travel which took them to New Brunswick in the east and VanCouver in the west.

Kuriakos was sponsored by the Evangelical Lutheran Church of Canada through its Divison of Congregational Life (based in Saskatoon), and four of its twelve members were from Saskatchewan.

Still Rollin' (Up The Rim) 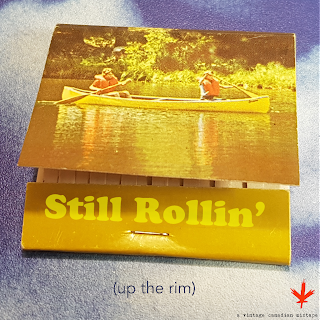 A new all-Canadian mix a friend and I compiled is up now on Aquarium Drunkard. Mostly mellow 60s/70s stuff from varying shades of unknowns and featuring a moody instrumental from SK hero Howard.

Stream/download: http://www.aquariumdrunkard.com/2017/02/27/still-rollin-up-the-rim-a-vintage-canadian-mixtape-ii/
Posted by K Evans at 2:58 PM No comments: